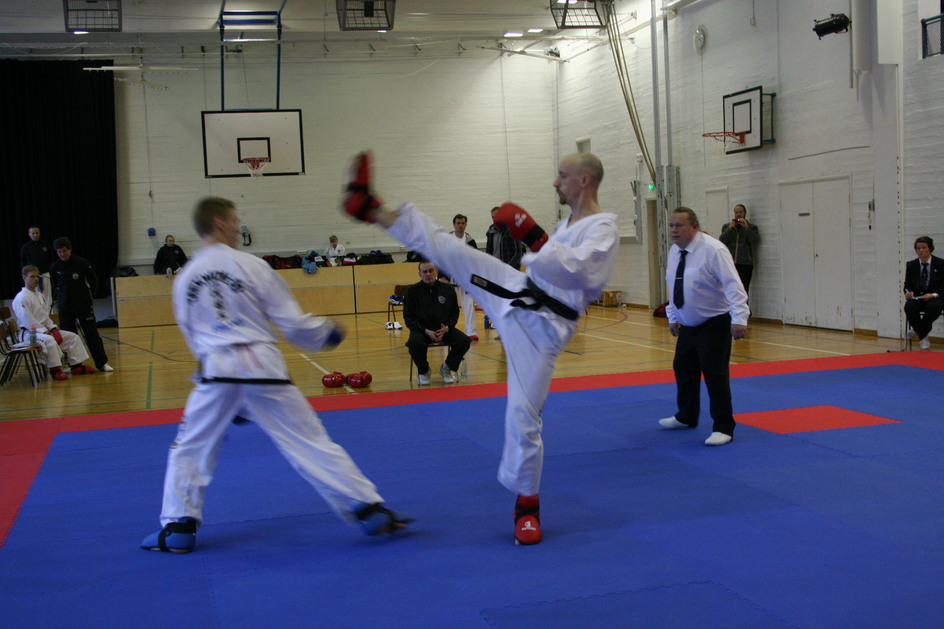 How to Choose a Bracket System For Your Martial Arts Tournament

A good choice of tournament bracket system has a big effect on the success of a martial arts tournament. A large number of varying tournament systems are employed in different arts in different parts of the world.

The objectives of a tournament system vary with the type of tournament. In large international tournaments, it's important to minimize the number of bouts, so that the tournament can be carried out in a reasonable amount of time. In local tournaments with a smaller number of participants, giving more bouts per participant is more important than finding the winner quickly.

Especially in larger events, the wishes of the audience must also be accounted for. A complicated system can be confusing for viewers not well versed in the rules of the art. Matches with one fighter (or worse, both fighters) having no stake are usually low in entertainment value.

Also called knock-out, sudden death, or playoff. The winner of every match advances to the next round; the loser is eliminated from the tournament.

The larger and more prestigious the tournament, the more likely that seeding takes place. Seeding is the arrangement of the bracket so that the best fighters don't go head-to-head in the beginning rounds. In practice, seeding can be hard, since the relative strengths of the competitors is not always known.

In the ideal case, the number of competitors is a power of two, such as 8, 16 or 32. If there's a different number of fighters, byes must be arranged, which means that a player advances to the next round without a bout. The highest-seeded players are usually the most likely to get a bye.

Sometimes called league system or all-play-all. Everyone goes once against everyone else (sometimes twice or more, but that's rare.) The winner is the person scoring the most wins.

If draws are permitted (and they usually aren't), they can be worth half a win, or a third of a win, as in football. More simply, a win is worth two or three points, with a draw worth one point.

Two or more players can quite easily end up with the same score, warranting a tie-break. With two players, the tie-break is obvious: the winner of the mutual bout gets the advantage.

Tie-breaks of three or more players are tricky. I find that if the tournament doesn't absolutely require breaking the tie, it's best to leave a multi-person tie unbroken and award the same place for each participant. (Yes, it has happened that a three-person division had three gold medalists.) More tie-break discussion below.

A combination of round-robin and single elimination. There is a qualifying round with two or more groups playing a round-robin. One or more players from each round advance to the playoff stage.

If a three-way tie occurs in a qualifying situation, some way to break the tie must be found. In practice, there are two options: extra bouts or a coin toss.

Extra bouts seem like the better option at first: ostensibly, the best player will qualify, no hard feelings. However, in a three-person scenario, an extra round-robin among the three isn't guaranteed to break the tie, as everyone can just score exactly one win again. Then what?

Depending on your perspective, breaking ties with a coin toss is either completely fair or completely unfair. A coin toss can naturally lead to the theoretically best player not qualifying, but is arguably better due to its quickness.

An interesting middle ground is to qualify one random competitor and then carry out an extra bout between the remaining two. Theoretically, this means that at least the best player is guaranteed to qualify, while the second-best might be eliminated.

The problem is, to keep the tournament fair, the losers bracket finalist must beat the winner of the original bracket twice to win the tournament. In a way, this means there is no grand final.

The two-finals problem can be either ignored altogether (the winner always takes all), or the final can always be best-of-three. A variation used in judo solves this problem by dictating that players in the losers bracket can finish third at best.

Repechage is essentially a lite version of double elimination. "Repêchage" is French for "rescuing," and the system boils down to the fact that only some losing competitors advance to the losers bracket. Whether they advance depends on how their opponent does in the tournament.

A common method is that if you lose to a finalist, you still get a chance to fight for third place. In another method, employed in Olympic judo, you need to advance to the quarterfinals to be eligible for repechage.